An Experiment in Time

Posted by Matt Gibson on Aug 11, 2010 in Getting Stuff Done, Productivity, time and attention | No Comments 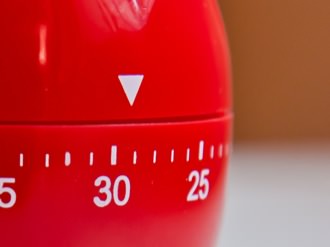 Several people have asked me how I Get Stuff Done™. I think I’m going to start a little series of blog entries about productivity, time, energy and wotnot. I’m no expert in this, and I probably fail more than I succeed. But sharing both the successes and the failures might help, I guess.

One thing that’s very important here: everyone is different. There is no silver bullet, there is no brilliant productivity system that works for everyone. The best way of getting better at producing stuff is to keep trying different things until you find methods that work for you.

Without further ado, here’s my first instalment: An Experiment in Time.

Time is, essentially, the only real asset you’ve got. It’s going to keep on arriving, and how you live in it determines what you produce, and what kind of person you are. So it’s important to get a handle on how much time you’re spending on doing any given thing, especially when it comes to estimating jobs, and being realistic about your potential.

When I first tried The Pomodoro Technique™, the biggest benefit it had for me was letting me know that my sense of time was calibrated wrong.

Now, the Pomodoro Technique is a complete time management technique, and if you’ve not tried it, it’s most definitely worth a look — it may well work for you. But the experiment I’m suggesting today is a smaller, simpler beast.

Find something on your “to-do” list, or whatever you use for storing Stuff You Need To Get Done. You’ll need a task that you think will take around a half-hour. “Clear ten emails from my inbox”, “clean the kitchen”, whatever. It’s important that you use a task that has a definite end-point, even if it’s only in your head — the exact state of the kitchen when you’re officially done, say.

Grab a timer — it doesn’t have to be one of those tomato-shaped kitchen timers that The Pomodoro Technique is named after, just whatever you normally use to time stuff. It’s important that it can be (a) out of your sight while you work, and (b) has an alarm of some kind at the end.

Lose any clocks from the area you’ll be working in. Take the clock off the wall and stick it in another room. If you’re on the computer, stick a sticky note over the corner of the screen with the clock in it. Turn your phone over onto its front. Whatever.

Now, set the timer for half an hour, put it out of sight — maybe in an adjoining room, where you’ll still hear it — and do your chosen job.

That’s the experiment. Repeat it a few times, with a different tasks. You don’t have to do this all on one day. Try it at different times of the day, too.

So, how was that for you? Did the timer go off when you were still head-down, halfway through? Were you still on the first email in your inbox and hadn’t even got to the other nine? Did you finish a lot faster than you expected, and find you still had twenty minutes left?

That’s the point of the experiment, really — calibrating your sense of time, and becoming more realistic about what you can take on in the time you have available. The more often you predict how fast you’ll do something, then measure the reality, the better you’ll get at doing stuff.

Incidentally, The Pomodoro Technique is well worth trying if you’re struggling with doing stuff. If you finally finished a few outstanding jobs when you were trying this little experiment, and you were surprised with how easy they actually turned out to be, you should definitely give it a go.