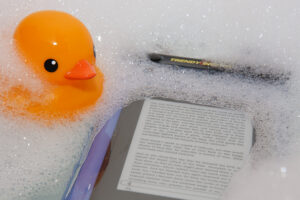 I have a couple of things in common with the late Douglas Adams. Unfortunately, those couple of things aren’t a talent for fiction and a substantial collection of expensive guitars. No, instead I share his passion for technology and his love of taking very long baths1.

I’ve now combined those two interests, by buying the TrendyDigital WaterGuard Plus case for the Kindle 32.

My case was bought from Amazon, but delivered from the supplier in the US. Since then, Amazon UK have started to show it as dispatched by Amazon themselves from the UK (and eligible for Prime).

I chose the TrendyDigital case after a lengthy and exhaustive search involving picking the cheapest thing from the first page of Amazon search results. At £15.493, I figured it was worth a punt4.

The case arrived in a cheap fabric case of its own, along with a lanyard, presumably so the Kindle doesn’t float away from you in the middle of reading “Scuba for Dummies”. As I’m just planning on using it in the bath, the fabric bag and the lanyard were put straight into the Big Drawer Of Stuff I’ll Have Forgotten I Ever Owned And Be Slightly Perplexed By In Three Years’ Time5.

As you’d expect from anything with “Trendy Digital” written on it in large, bold, capitalised italics, the case is neither particularly trendy, nor particularly digital. I chose a fetching shade of Standard Plastic Purple.

It’s a simple design. The main body of the case is a flat bag of strong, flexible plastic big enough to let you slide the Kindle 3 in easily. The plastic is apparently UV-stabilised so it should survive strong sunlight well at the beach. 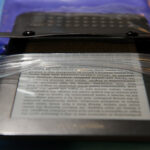 The watertight seal, along the top edge, is made by twin press-to-seal plastic interlocks (you know, like the ones on a Ziploc™ bag, only without the zipper.) You slide the Kindle in, seal both seals, then fold/roll them up and finally close an outer flap tidily over them with a couple of poppers.

This top assembly looked in the pictures like it might make the case a bit top-heavy to hold, but the case overall weighs only 70 grams, so there’s no balance problem.

In my arduous bathtime testing (the work I do for you, dear reader!) the case proved completely watertight6. An unexpected bonus is that the Kindle is light enough that the case floats happily on the surface of the water.

The back of the case is padded with about a 1mm thickness of foamed plastic, though I’m not sure how much of a bonus that is, or why.

The case has a few minuses, but nothing terrible. It’s not particularly comfy to hold — not awful, just less comfy than a caseless Kindle. Also, it’s a little fiddly to work the Kindle on/off slider, but it can be done, and you can generally avoid the need, anyway7. Lastly, I found the case’s screen plastic to be a lot more reflective than the Kindle’s screen, meaning you’ve got to be more careful about viewing angles if there are bright lights around.

On the whole, though, I’m enjoying the case. It’s easy to get the Kindle in and out, it’s a simple design that should be quite robust, it’s light, and it works. For £15.49 it’s good value for money.

I was planning on the waterproofing only being used in dire emergencies, for when I read a passage of HP Lovecraft so shocking I dropped my Kindle in the bath, say.

But as it turns out, there’s something very decadent about finishing a page and then gently splashing your Kindle down to float in your bubble bath, next to your rubber duck, and reaching for your gin and tonic…

Here’s the TrendyDigital Waterguard Plus Kindle Case on Amazon UK, and here it is on Amazon US.

NB: Anyone who uses portable electronic equipment in the bath does so at their own risk. And the equipment’s risk, more to the point. Don’t blame me if it all goes horribly wrong, is what I’m saying. 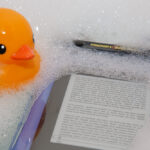 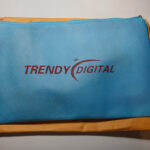 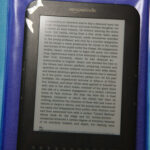 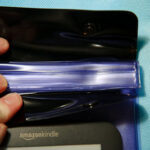 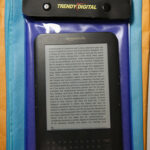 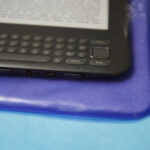 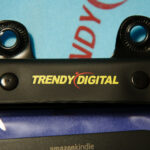