Posted by Matt Gibson on Aug 3, 2012 in Bristol, Photography | No Comments 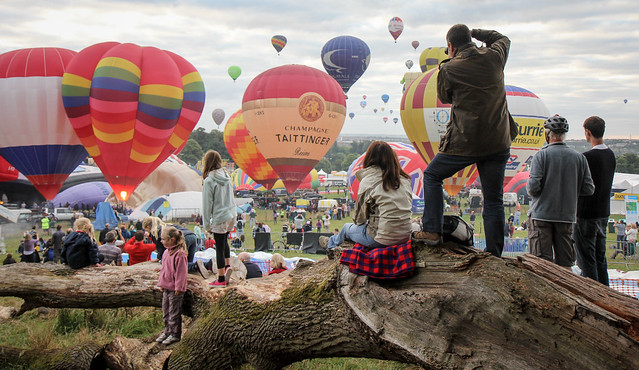 The 2012 Bristol International Balloon Fiesta is next weekend, 9th-12th August.

I love the Balloon Fiesta. From the 6am mass ascents to the cheesy musical chaos of the Night Glows and the fireworks late at night, it’s a great show.

The early morning mass ascents — co-ordinated take-offs of a hundred or more hot air balloons, all drifting off over Bristol from Ashton Court — are my favourite. I always try to get along to at least one of these, even though it usually means peeling myself out of bed at around 4:30am.

Being me, I always want to take a few photos while I’m there, so I thought I’d share my tips for snapping the morning balloon launches.

Get there early. Preparations can start as early as 4 to 5am, basically as early as the balloonists can see well enough to get ready. Balloons take quite a long time to stretch out, fill with air, warm up, and launch, and a lot of good photography can be had during the preparation. Things will be getting properly underway by 6am.

Some mass ascents are more “mass” than others. I find that the Friday morning launch is often the busiest. But it depends on the weather. The good news: You may have heard that the Clifton Suspension Bridge is closed for the Balloon Fiesta, for safety reasons (the danger is from the weight of pedestrian traffic, not the balloons!) However, it’s only closed for the evenings of the Night Glows on Thursday and Saturday, from 6pm until midnight. So, for a morning launch, you can use the bridge with no problems.

Prepare for rapidly-changing light. If you get there in time to watch the balloon crews setting up, it’ll be pretty much dark. On a good ballooning day, that’ll change very quickly at the approach of sunrise. Keep an eye on your ISO setting. Consider using auto-ISO if you’ve got it.

Think about your position relative to the sun. At Ashton Court, the sun rises over the Mansion House. It takes quite a while to walk around the arena, so you may want to decide in advance how you want your balloons lit. Backlighting can make for dramatic silhouettes against the sun, front-lighting is easier and brings out the balloons’ bright colours against the blue sky, side-lighting can give more of an impression of the shape and size of the balloons. 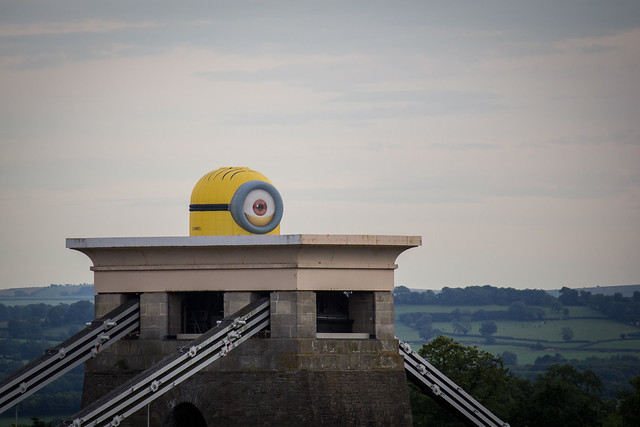 As well as the general lighting, there’s a lot of rapidly-changing local lighting conditions for each balloon. When a balloon’s being inflated, its “envelope” starts flat on the ground. As it finally approaches flight temperature, it “flips” into the air, normally putting the basket into shadow. Except, of course, as the pilot runs the big, bright gas burner, which will be terribly overexposed if you’ve metered for this shadowy scene.

Then, of course, the balloon launches, quickly taking the basket and occupants up and away from the shadows, and it’ll then drift into the (hopefully) bright blue sky, becoming a smaller and smaller subject. At it fills less of the frame, you may find spot-metering mode works best to expose it correctly…

Basically, you want to be familiar with your camera’s auto-exposure modes, think about the shot you want to get, and perhaps consider manual exposure if you want to catch a plume of flame from a gas burner at the right level.

Also, consider your focusing. On the ground, there are often guy ropes and other lines between you and your subject. Single-point focus can be handy. If you’re not used to it, practice switching between your focus points, and learn about focus-and-recompose (especially if your centre focus sensor is better than your outer ones. Check your manual. For example, my Canon 400D has a better sensor in the centre position, but my 60D’s focus sensors are all equally good.)

When the balloon launches, suddenly you’ve got a moving target, and it can be handy to know about your servo focus modes (especially, on some Canon cameras, that button on the back that hardly anyone ever uses, that enables continuous focus, so you don’t have to keep the shutter button itself half-depressed while you’re tracking a moving target.)

Chris Marquardt covers Everything You Never Wanted to Know About Focus in this episode of the Tips from the Top Floor podcast.

There’s a hell of a lot of different things to shoot at a mass ascent.

Close-in detail of the balloons requires either a pass to the balloonists’ arena, which you’ll be lucky to get unless you know the right people, or a telephoto lens. Telephoto can also be useful for snapping details of balloons as they drift away from the arena. 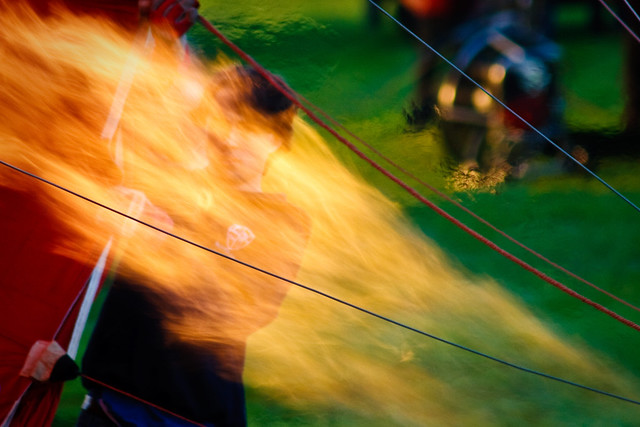 At the other end of the spectrum, there’s a lot of scope for big wide views of the arena — helpfully surrounded by hilly areas — and short-range hops from balloons that land just outside the arena can lead to great wide-angle close-ups of collapsing balloons. 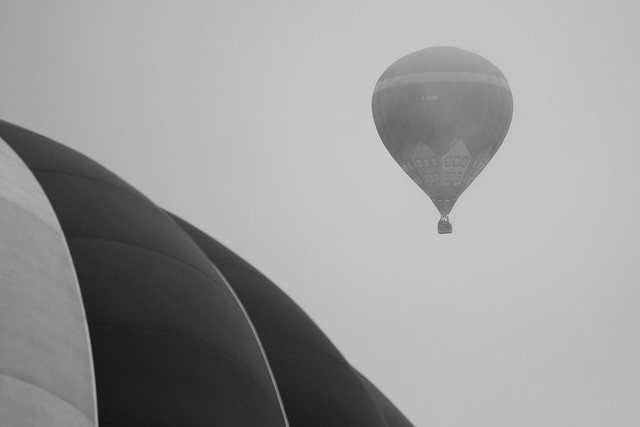 Having said that, you might not have time to change lenses. Once the balloon goes up, as it were, things move very quickly. I love the shots of balloons lifting up into the air, bumping into other balloons, the people in baskets looking all excited, the “special shape” balloons twisting to present their faces — or whatever they are — toward you.

And this all happens at once. Listen to the tannoy announcements to figure out when things will happen, and get ready for the very loud bang that’s set off when (and if) the balloonists get weather clearance for flying. That’s a good cue to get your preferred lens on, if you’re not confident about changing them quickly.

The balloons, of course, may not go up. Balloon flight is very weather-dependent. In the worst case, though, there will still be a tethered display in the arena that’ll give you some photographic opportunities. And there are plenty of places to get coffee and a bacon roll…

If it’s grey, windy, and hammering with rain when you should be leaving the house to get to Ashton Court, the chances of any balloons lifting off are pretty slim, so you may want to stay in bed and try your luck at the next ascent.

Some balloons may only make a very short hop. If you want to see a landing, it might be worth getting on a bike and heading where the wind blows after a launch. Every year, it seems, one or two balloons just hop over the trees and come down near the Mansion House. 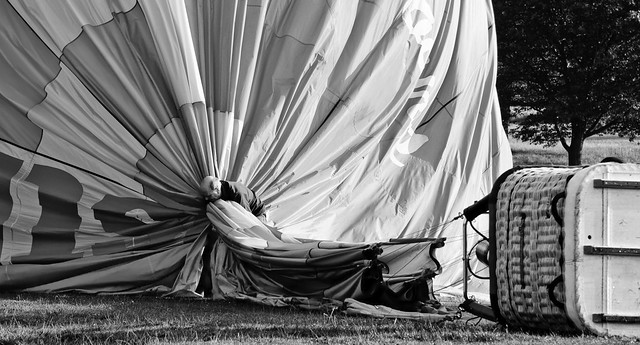 If you’re into landings — there’s far more danger of missing them completely, but they can be quite dramatic! — you can also shun Ashton Court, and try to figure out where the majority of balloons will drift and land, and get there before them.

Bristol’s prevailing wind is southwesterly, so balloons will generally drift northeast across town from Ashton Court. You’ve got to be a bit lucky, though. Last year, I think it was the Friday that people saw lots of balloons land on Clifton Down, so I went along there on Saturday on the off-chance. And they all drifted off into the east, away from me.

Maybe this year I’ll be able to get a tip from a friendly local weatherman, like Ian Fergusson.

One last note: while video can be a fine medium to catch launching balloons, bear in mind that it’s not just the night glows that are accompanied by music. The morning mass ascents get their fair share of (slightly less cheesy) music blasted over the tannoy, and if you shoot video, that’s pretty much going to be your audio track.

The only videos I’ve stuck onto YouTube got gradually taken down by copyright infringement claims by the publishers of whatever music happened to be playing at the time. You might want to look into slapping your own soundtrack over any video you want to upload to a service like YouTube.

The Rest of the Fest

If you don’t fancy getting up so early, there are also 6pm launches, though everything is vastly more crowded by then. It’s a good time to sit in Clifton Village with the crowd that gathers to watch mass ascents from a distance, though. 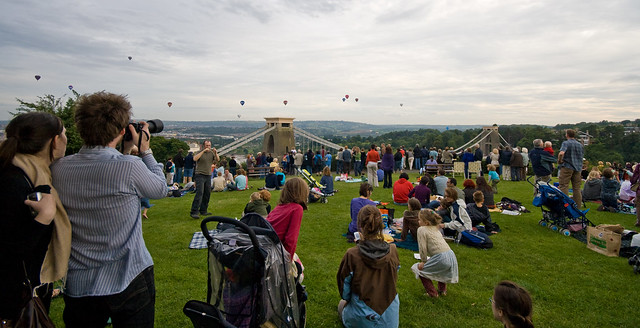 As well as the Thursday and Saturday Night Glows — take a tripod — there’s also a funfair, displays of many cool things in the main arena, lots of stalls, plenty to eat, and, this year, a sports zone. The arena displays really only kick off in the afternoons, especially on the weekdays.

If balloons are a bit too slow for you, there’s all sorts of other flighty types. Previous years have seen everything from falconry displays to the RAF Typhoon Display Team and the Red Arrows. 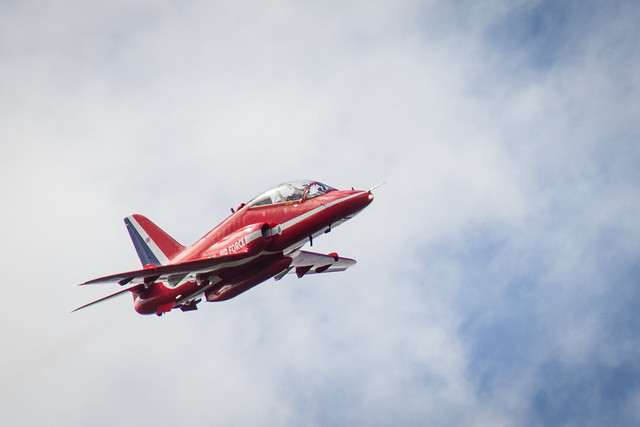 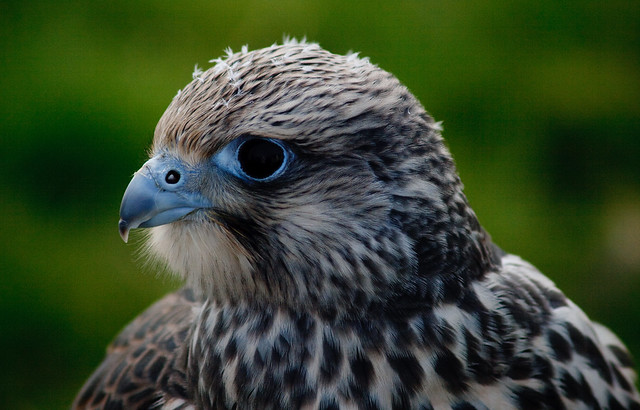 « Make Life Easier with Photography Support Apps | Why the hell is just “scrolling down the screen” so slow and unresponsive in Google+? And why are the… »