Posted by Matt Gibson on Mar 23, 2012 in Apps, Photography, Productivity, tips | No Comments

Last Friday morning, my friend Jess tweeted about the humungous superyacht that’s currently lurking in Bristol Harbour (clearly a James Bond villain is in town.) There was lots of activity in the harbour – tugs moving, the Harbour Master zipping around, that sort of thing. Could it be moving out of the harbour today? 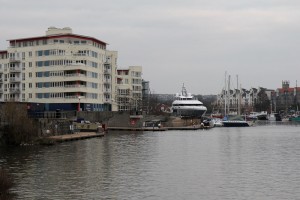 The Mogambo, lurking in the harbour.

If it were, it would make a good photo, especially as I live about five minutes’ walk from the lock gates, the yacht’s only escape route. Well, assuming that it wouldn’t just transform into a submarine, drill to the centre of the Earth and destroy the human race while its owner searched for a fabled superdiamond. You never know, with these Bond villain types.

Anyway. My point is that I did two things when I heard this. First, I set up a Twitter search for “Mogambo”, the name of the yacht, and then I whizzed my Mac’s screen over to its “Dashboard” with a Minority Report-style finger-flick and checked my tide table widget.

High tide wasn’t until gone 1pm. So, I could easily nip to the shops. But – I checked the weather widget – when the yacht did leave, I’d probably have nice blue skies behind it.

At which point, I realised I use quite a lot of apps and widgets for photography. Not apps that take photos, or process photos, but helper-around-the-edges apps. Photography support apps, if you will. 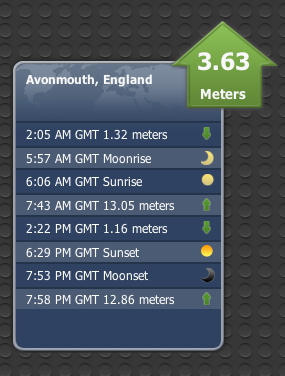 For example, in my Mac’s Dashboard I’ve got:

As well as dashboard apps, I use a few iPhone apps.

The most obvious is my friend Benjohn’s Sun Scout, an “augmented reality” iPhone app that tracks the path of the sun across the sky during the course of the day. Go somewhere photogenic, fire it up, and it’ll superimpose the path of the sun throughout the day on top of whatever your iPhone camera is pointed at. So, you can easily figure out exactly where and when the sun sets in your scene, say. Handy. (Disclaimer: if you buy Sun Scout, I get a small kickback from Benjohn, because I helped out a bit with it.) 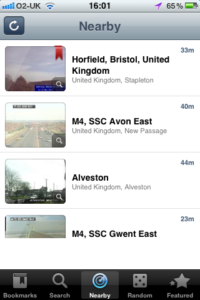 Thinking more laterally, I also use Momento to keep notes when taking holiday photos, where I might not get around to processing photos until long after I’ve forgotten exactly where I was. On my last trip to Crete, I fired up Momento at the start of every visit to an interesting place. At the Roman ruins at Aptera, for example, I took a picture of the signboard and tagged the location. When I finally looked through my pictures, a month later, I had a little potted history of the place and the exact latitude and longitude, which made tagging and titling a lot easier.

I’d guess Evernote (also available for Android) could do this, too, or maybe a geographical check-in tool like Google Latitude. Whatever you use, make sure it doesn’t need a net connection if you need to use it abroad and you don’t want to pay roaming charges, though.

Conversely, you’d have to be on the net to use WorldView. It shows you feeds from nearby webcams. Even if it’s sometimes just motorway cameras, it can still tell you if there’s a nice photogenic fog out there in the morning, or give you an idea of what today’s sky looks like. All without getting out of bed.

So, you get the general idea. Find an app that’s not specifically intended for photography, and bend it to a photographic purpose. Twitter, webcams, location tagging, weather, tide tables – whatever works for you, on whatever platform you’ve got.

Do you already use some photography support apps? What are they? If not, can you do a bit of lateral thinking and come up with an app that can make your photographic life a bit easier? Let me know! 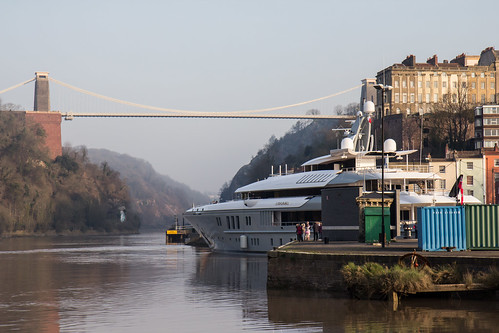