Sometimes I don’t feel so great when I wake up. If I sleep badly, which I seem to be doing a fair bit at the moment, I can wake up tired and headachy and not quite knowing what to do with myself. That’s how I woke up on Wednesday this week.

So, I didn’t do much on Wednesday, but I did manage to drag myself out for a small artist date. It was nothing like the last one. This was a simple solitary trip to Sea Mills.

Sea Mills is on the Portway, towards the end of my regular jogging route. And as I’ve jogged more than one and a half thousand kilometres since I took up jogging, that means I’ve passed Sea Mills quite a few times. I like the name of the place, and I like getting to the bridge across the river and looking down onto the small collection of boats moored there.

This time I cycled out towards Sea Mills, locked up my bike next to a sign for a footpath I’ve been curious about for a while, and headed down the steps to the Avon. 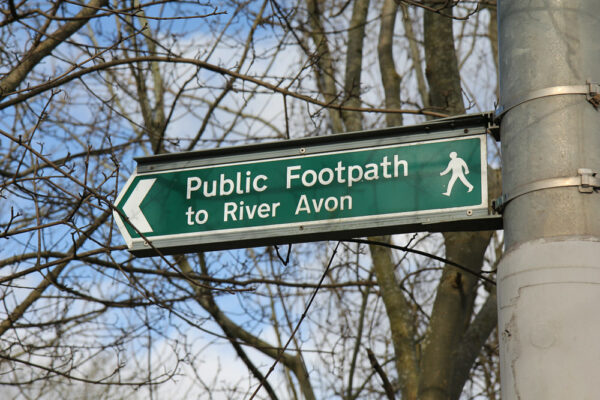 The footpath is a raised section cut along the edge of the river bank, narrow and muddy. It heads in both directions from the bottom of the steps. I knew it couldn’t go that far back the way I came, so I headed further out of town.

It wasn’t a long walk before I found the first sign of Sea Mills, a couple of houses right on the edge of the river. One had a fab couple of round rooms projecting out riverwards (there must be an architectural name for this kind of thing, but I don’t know it.) I think I’d like to live in a house like that. Although I’m guessing there’s some serious flood danger. 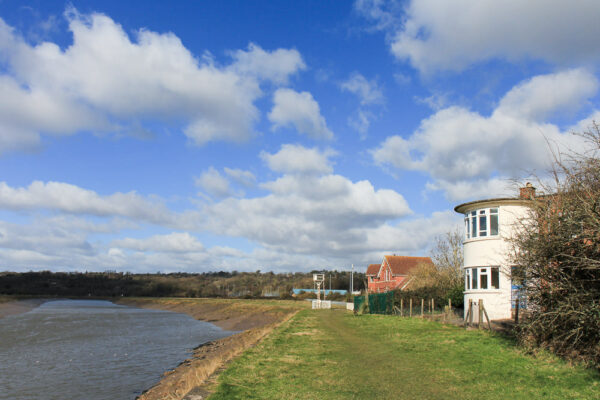 Rounding the corner by one of the Avon’s navigation lights, I found myself at the point where the Avon meets the River Trym, though I only found that out later by reading up about Sea Mills on the internet. I already knew it was a Roman port (Portus Abonae), and that a Roman road, Via Julia, ran there from Bath. You can still see some evidence of this road on the Downs in Bristol, and there’s a little tribute to it in the name of Julian Road at the edge of the Downs.

There’s a nice, slightly-decayed atmosphere about this area. There’s a railway platform with a little level crossing, though you can avoid this on foot by walking underneath the railway bridge. The railway building itself is apparently up for rent as interesting office space.

There’s a good view of the odd collection of boats moored up in the mouth of the Trym, including a bright-orange 42-person lifeboat. Further inland, I could look up at the big bridge that takes the Portway over the Trym, which I’ve looked down from many times, but never seen from the other direction.

I wandered around, took a few photos, and talked for a while to an allotment-holder who’d initially mistaken me for a fisherman as I was collapsing my tripod down after taking a shot.

I idly wondered about living in Sea Mills — I’m looking for a new place to live, and for the price of my small flat in town I could get a three-bedroom detached house with a conservatory, a big garden and a garage, just a twenty minute cycle-ride from my current place. But I’m not sure village life is for me.

Happy that I’d at least got out of the house, had some fresh air, got some exercise, and got this week’s artist date done, I clambered up some steps at the side of the Portway bridge, walked back along the main road to my bike, and cycled back to town to have lunch at The Galley. By the time I was home, I still had a headache, but I was feeling a lot more human. 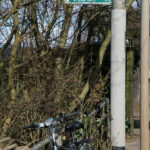 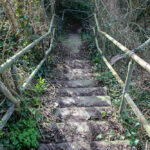 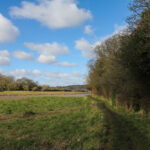 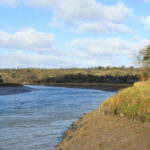 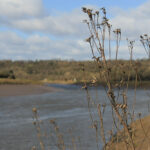 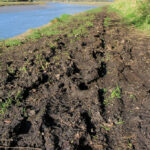 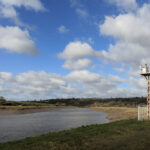 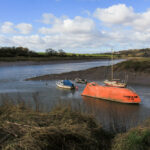 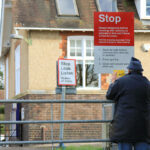 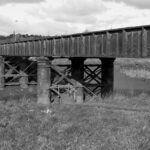 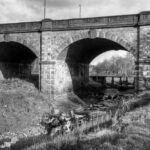 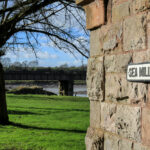 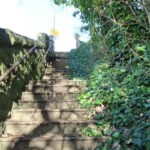 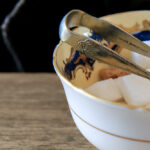 « My first ever promo video. I’m pretty happy with that. | Making a Dragon »