I’m playing catchup on my artist dates, as I managed to miss one last week, having gone to Porstmouth for the weekend on fairly short notice. As you do.

Yesterday, therefore, I went for a bit of a walk, to visit a place that really says “Bristol” to me, but which I’ve not visited for years and years.

When I first moved to Bristol, Cabot Tower literally did say “Bristol” to me. From the hotel I stayed in when I was first working here — I had a room on the tenth floor of the Marriott, with a balcony overlooking the city — to the first flat I lived in, at Baltic Wharf, and at many points in between, you could see the splendid tower on the hill. On its top was a lamp, and that lamp flashed Morse code. “B‑R-I-S-T-O‑L”, it said. 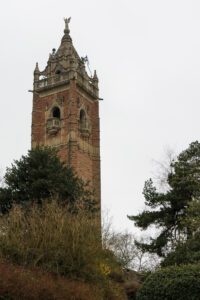 It was later that I learned that Cabot Tower was built in memory of John Cabot, the locally-based Italian explorer who nipped off in the Matthew and tripped over Newfoundland in 1497.

It was much later than that when I first walked through Brandon Hill and climbed the tower. There’s not been much chance to do that recently, as the tower was closed for several years for repair. It reopened last summer, though, and I’ve been meaning to get along and climb up it again since then. An artist date seemed like a good opportunity.

Brandon Hill is a lovely open space in Bristol. It’s surprisingly easy to miss, given that it’s only a few minutes’ walk from Park Street. It’s a big hill, with lots of footpaths, a playground, little gardens, a nature park, a pretty pond area, and, from what I saw yesterday, some sports facilities under construction. There’s a list of stuff to see on the Council website.

It would be a fab place to visit without Cabot Tower, but Cabot Tower is its crowning glory. Free to visit now it’s reopened, it’s open most daylight hours. 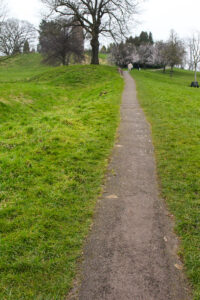 Yesterday I walked from Hotwells to the bottom of Jacob’s Wells Road and then started climbing up steps and panting my way up steep inclines (did I mention Brandon Hill was a big hill?) Eventually I worked my way to the base of the tower, glad to find it was definitely open, and headed inside. There’s a narrow spiral staircase, with electric lighting slightly augmented by daylight from the tiny inset windows.

The staircase goes on for what seems like quite a long time if you’re overweight and have a slightly twingy knee. Then you pop out onto a viewing platform. But don’t stop there. Plenty of time for that one on the way down. Find the next door, and enter yet another spiral staircase, this one so narrow that if you meet someone coming down, you’ll have to decide who backtracks.

Finally you’ll pop out at the very top of Cabot Tower. It will be cold and windy, probably, and it will also be worth it. The views are amazing. Plus, you’re at the top of a really big, pretty tower. You can play being king or queen of Bristol for a while.

Photos can’t really do it justice. Being able to walk around the whole top of the tower, looking out from each of the four viewing spots, checking the little brass plaques to find out what’s in which direction, trying to spot all the places you’ve lived in Bristol… And it’s not often you get to look down on Wills Tower.

Being up there really gives you a sense of just how big Bristol is.

I couldn’t stay up there for too long — if my lunch breaks extend too much, I tend to be quite lazy about working in the afternoon — so I headed back down, squeezing past a couple and a toddler on the lower staircase, and walked a bit more around Brandon Hill before heading for the Folk House for some warming Irish Stew.

It was a good artist date. Fundamentally, it’s a good thing for any Bristolian (adopted or otherwise) to do, I’d say. If you can, I urge you to go climb Cabot Tower and spend five minutes taking your turn as monarch of Bristol. 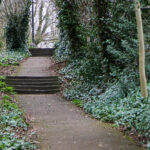 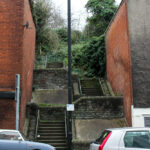 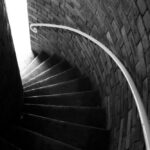 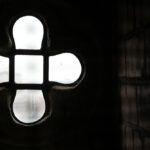 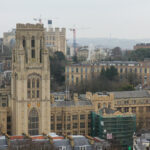 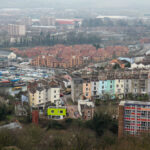 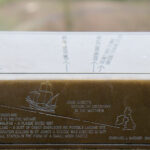 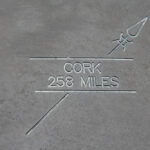 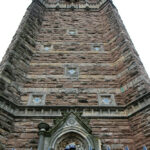 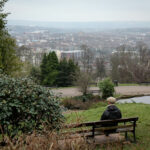 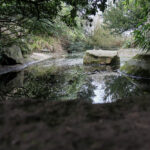 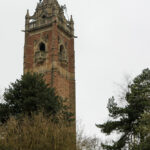