Making a thing that goes “Bong!”

Posted by Matt Gibson on Feb 19, 2013 in Apps, Geekery, Photography, programming | No Comments I’ve been meditating for a while. For decades, in fact, on and off. I normally use a meditation timer provided by a plug-in to the Mac app pzizz, whose primary function is actually getting you off to sleep, or power napping.

But pzizz doesn’t seem to be supported any more, and I wanted something a bit more portable. Instead of buying an existing meditation timer app for Android, of which I was sure there were already about a thousand, I figured I’d quickly roll my own, mostly for practice.

All I wanted really was a timer that would chime when the time was up, and also chime at regular intervals during the meditation (this is useful sometimes for bringing you back to the meditation if you happen to have drifted off.)

It turned out the code I’d written for Get Running for Android was quite stealable for this purpose. Basically, my work mostly involved repurposing a few bits of the code and taking quite a lot of the rest out. Although this was mostly to scratch my own itch, I wanted something pretty and fully useable. I took a photo of a little Buddha statue I own, and I borrowed a Tibetan singing bowl from my friend Tara to create some nice background images.

Then I spent far too long making a nice, simple, big clock display that would work well on all the different Android screen sizes there are, in portrait and landscape mode. I say “far too long” partly because I’m probably not going to be looking at the clock much — I’ll probably just lock the device and rely on the bongs — and also because it took bloody ages to find and fix a bug that only showed up on one particular device. 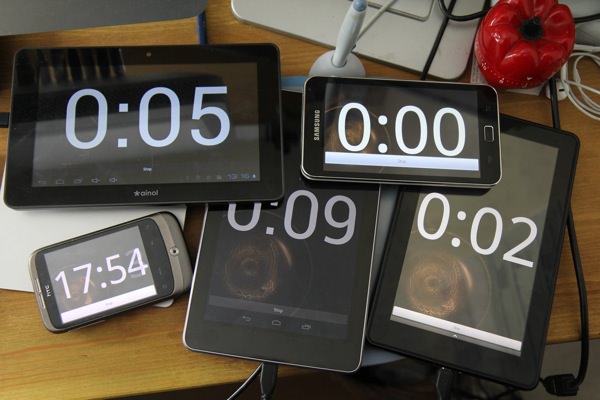 Android fragmentation can really be a curse, especially when it’s not so much the “lots of different versions” fragmentation as the “some devices are just plain broken in odd ways even when they’re on the same Android version as other devices” fragmentation.

Still, I figured it out in the end. Then I made a simple website for the app, using Bootstrap, and used Bohemian Coding’s excellent Sketch app (which has now completely replaced the late-lamented Lineform, sadly abandoned by Freeverse) to make a launcher icon, and some accompanying promo graphics for Google Play.

On the whole, it was a surprising amount of work for something that just goes “bong” (the chimes are professional effects I licensed from stock site AudioMicro, by the way.) But I do at last have something of my own in the Android app store. And I’ve also got a simple but personally-useful app to convert for the iPhone, which will be a nice little project for me as I start learning iOS development…

So. Yeah. If you happen to want something that goes “bong”, Meditation Chimer is available on Google Play for 83 pence, including VAT.

Given the proliferation of meditation timer apps on Play (I didn’t look before I started coding, as it would probably have put me off, but I’ve looked since…) you could be the very first person to buy it if you’re quick. Or even if you’re slow. But then I didn’t do this one for the money. It’ll be interesting to see if it makes any, though, and if it does, I’ll report back…