Posted by Matt Gibson on Oct 20, 2014 in gadgets, Geekery, Reviews | No Comments

Last night I was out in town. I reached into my pocket for my iPhone, and experienced that sinking feeling. You know: your hand closes on your phone and you realise it’s pretty much red hot. Then you pull it out and find that some app’s been showing a video preview of the interior of your pocket for the last hour, for no readily apparent reason, and it now has 4% battery left. And you can’t listen to podcasts on the long walk home.

Luckily, I remembered that last month, RAVPower had sent me — along with their USB charging station—their little RAVPower FileHub. 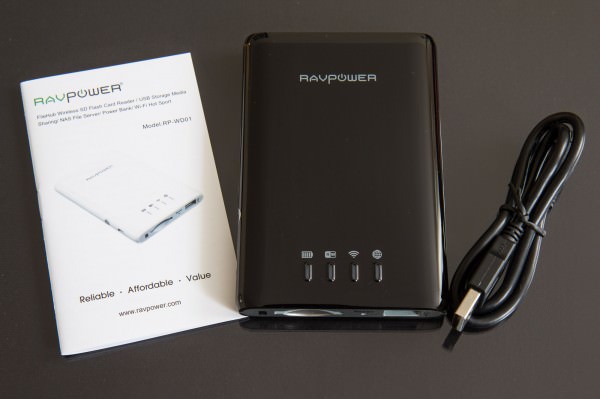 The FileHub is aimed at geeks who travel, and I do not travel much. But among its many functions there’s a high-capacity battery with a USB socket, and I’d had the foresight to stuff it into my rucksack along with a Lightning cable. So, a half-hour plugged into the FileHub, and my phone was back up at 50% capacity. And I didn’t have to walk home, slightly sozzled, with no podcasts to keep my company.

The FileHub does lots more. Its product title on Amazon is:

Sigh. Keyword-stuffing aside, it does do a lot. I’ll try to keep this review brief, despite all these features.

So: battery-charger. Check. It’s got enough wellie to charge larger devices, too; I managed to kick some life back into both a Nexus 7 and a Kindle with it. It can charge at up to 1 amp, which is pretty good for a portable, and the battery is 3000mAH, which should theoretically be enough to charge an iPhone twice over.

That, for me, is the main blade of this multi-tool, and works well. Let’s move on to the screwdriver and the corkscrew…

As a geeky photographer, I most appreciate the SD card reader and the WiFi hub. I normally take an SD card reader on holiday with me; all my cameras are SD now. Now I can replace that dedicated reader with the FileHub, because it works perfectly fine as a wired SD card reader.

But, that’s not all — it can also share out the SD card contents wirelessly while running on the battery.

This is great if you’ve got a camera without WiFi — like my EOS 60D — and you’re out and about, but want to post a photo from your camera to Twitter, say. Pop the camera’s card in the FileHub, and fire up the accompanying free iOS or Android app on your phone. Now you can grab pictures straight from the card to your phone over the air. Nice1.

It can also just generally share files from any attached device — SD card, USB drive — over the WiFi. Pictures, videos, anything. I’ve tried it with video, and it reliably streamed a decent-quality video file to both my Nexus 7 and a MacBook Air with no problems.

I was impressed that it managed to drive a USB old-school hard drive purely on battery — a drive that will normally only work from the MacBook Air if it’s plugged into external power. The FileHub just span it up and served files from it without blinking.

The FileHub can act as a hub/router by itself, so you don’t need an existing WiFi network to share files. Or it can join an existing network and be a normal file server. Once I’d configured it through its little iPhone app, it then knew about my home WiFi. After that, I could just turn it on, it would join the network, and my iMac could browse files on it right in the Finder.

Away from home, you can join the FileHub’s WiFi network directly from your phone and fire up its little free app (available for iOS and Android.) This app, while admittedly ugly and a little clunky in places, basically works quite well. You can browse files, transfer photos, start streaming video, and so on. 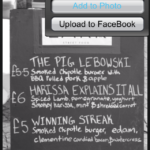 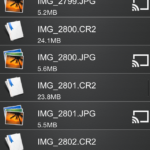 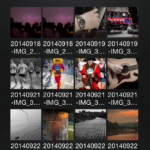 The FileHub will “pass through” a WiFi internet connection from another network so you can easily browse stuff on the FileHub while using café WiFi to see the web, say2.

All of its features, the internet authentication details, and so on, can be configured though its app or through a web interface from a desktop browser.

So. Battery charger, SD card reader, USB drive mounter, wireless file sharer, WiFi hub, internet router… And it all works really well. I think that every time I expected the FileHub to have problems — streaming video, spinning up power-hungry USB physical disk drives, sharing an internet connection among multiple devices — it surprised me by just quietly getting on with the job.

It’s also un-fiddly, and works how you’d expect it to work. If you plug an iPhone into its USB socket, it just starts charging it up. No need to turn it on. If you stick a card into the SD slot, it mounts it and starts sharing it out. The “on/off” button is recessed enough, is on the side of the device, and needs to be held in for a second or so to work, so it’s not going to get turned on by accident. The functionality all seems well thought-out. The status lights are useful and not excruciatingly bright. Even the little paper manual is mostly comprehensible.

The aesthetics of its web and app interfaces, and other little niggles aside, this small, light box packs a bunch of extra punch for something that’s basically a big battery, and useful enough to take with you for that purpose alone. While I’m generally a fan of tools that do one thing well, you can’t take everything with you on the road, and the FileHub has so much potential utility that it’s earned a place in the little outer pocket of my backpack, along with the device cables, 4G internet dongle and pack of Anadin Extra that I normally stuff in there for various emergencies. 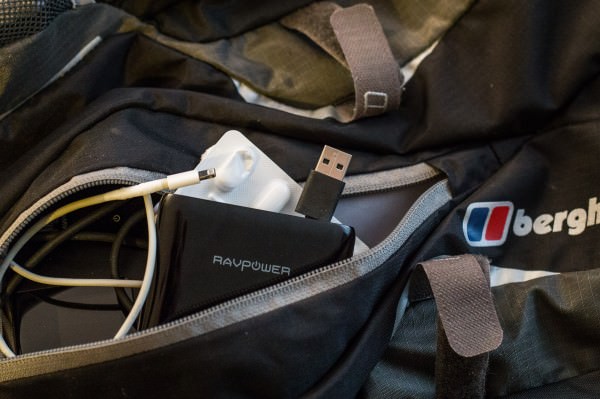 If you travel more than I do — which wouldn’t be hard — this little box is definitely worth considering for your kit, especially considering it’s only £29.99.