Posted by Matt Gibson on Feb 9, 2012 in Productivity, Working From Home | One Comment

This is the first in a series of posts on being productive when working from home.

After quitting my job, I studied for a while, then started work on porting Get Running—an iPhone app I’d already been tangentially involved with — to Android. (Don’t get too excited, Android fans; we’re in the “R&D” stage at the moment, this will not be an easy job, and any one of a large number of problems could scupper the project before it sees the light of day.)

I started work at the beginning of December, so I’ve now been working from home for a couple of months. I’ve found a few things that work well for me, when it comes to getting stuff done, so I figured I’d share. 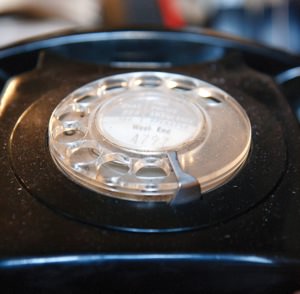 First up, what I think of as the Early Morning Call. For the Get Running job I’m freelancing for my friend and erstwhile Warwick CS coursemate Benjohn, who runs Splendid Things. He suggested an Agile-style “stand-up meeting” at the start of every day, and that’s worked really well.

The idea is that we get together at the same time every morning—for us, around 9:15 — and each say what we did yesterday, and what we plan to do today.

If there are things that might get in our way during the course of the day’s work, we might talk about them, too, though not necessarily to solve them. Just noting barriers in advance can help you start thinking about ways around them.

I’ve found our morning “stand ups” extremely helpful. I was a bit skeptical when Benjohn first floated the idea, because I’m from a corporate background, and therefore naturally suspicious of meetings1. But I’ve found that:

You don’t have to have a client, or be working on the same project, to have a useful stand-up. Benjohn and I aren’t truly collaborating on the Android port of Get Running, because I’m writing the Android version from scratch (for various reasons), and because Benjohn’s working on a different project at the moment. You should have someone who can understand roughly what you’re up to when you describe it, and understand your barriers, as Benjohn and I can because we’re both programmers, but that’s the only common ground you need.

Also, Benjohn and I are rather stretching the definition of a “stand-up meeting”, frankly. We don’t stand up, or actually physically meet. We do the meeting via Skype, and we’re normally sitting down, me at my desk at home, and Benjohn in a café.

We do try to keep the meeting short and to the point. It helps to have somewhere to shelve things you want to talk about at length: a “let’s talk about this one down the pub on Thursday” list. Benjohn and I are toying with the idea of making a podcast about mobile development, so we often park things on the “possible podcast topic” list.

So, find a way of limiting the time of your stand-ups, whether it’s a rule that you do physically stand up, or a countdown timer where, when it goes off, you just stop the meeting. And don’t try to fill up an agreed time with meeting. Your timer is your maximum. Some days Benjohn and I are only on the call for a minute or two.

We don’t always manage to get together, but not having the meeting is the exception, rather than the rule. I think we’ve probably managed to have the meeting on about 90% of the weekday mornings since we started. If we cancel, we’ll generally cancel at the last minute.

So, that’s my first tip for working from home. If you can find someone—anyone—who is in similar working circumstances, even if you’re both working on separate projects, I think it’s worth a try. It’s certainly worked for me. (Thanks, Ben!)

« Marco, on whether the e‑reader is “doomed” or not | Make Life Easier with Photography Support Apps »