The Balloon Fiesta Is My Christmas

I’m not a massive fan of Christmas. There’s too much build-up. People have already started mentioning it this year; it’s August and it won’t be long before the ads are on telly and the shops are selling mince pies. There’s too much pressure on you not to spend it alone, if that’s what you prefer. I’m not a big fan of either needless consumerism or religion, and those are the ends of the spectrum that Christmas covers.

I do think that having some big festival once a year is a good idea, though. Mark the passing of time, have a little celebration, maybe something of a spiritual feeling.

But it was only this weekend that I realised that Bristol’s Balloon Fiesta is my Christmas.

It has a lot of upsides over Christmas. There’s no religion involved. The enormous, improbable sky-beings gracefully floating over you in silent benediction are provably real. It’s a massive gathering, but you can visit on your own if you want. You can choose your method of celebration. Personally, I prefer getting up at 5am to walk to the festival site and take photos in the relative calm of a dawn mass ascent. But if you want, you can gather a group of friends and go stand shoulder to shoulder with thousands of other people crammed in a field to watch an RAF Typhoon dance around, or be blasted with cheesy pop for the fabulous Night Glows. Nobody judges you for either choice.

You don’t have to buy anyone a present. I threw some money in the collectors’ buckets for this year’s official charity, Above and Beyond, and that was it. And even that’s optional1.

Sure, there’s commercialism. The balloons are sponsored by everyone from Co-Op Funeral Care to Fortnum and Mason2. Sticking a corporate logo on the side of 3,000 cubic metres of balloon envelope and floating it above a major city for days sounds a little extreme, but in reality it feels less intrusive than having them interrupt a TV show I was trying to watch. It’s about the only form of brand-awareness PR exercise that I actively enjoy, in fact.

And unlike Christmas, the Fiesta pretty much creeps up on you. “Oh! Is it August already?” And then it’s very quickly over. Four days — well, three and a half, really— and someone else takes the decorations down for you.

This year’s Fiesta finished yesterday. I don’t have the “Thank Christ that’s over” feeling that I do after Christmas. I’ve not been hungover, or ignored the Queen’s Speech, or been given some inappropriate plastic tat in the office’s “secret Santa”. I just feel… uplifted, though I’ve never actually had a balloon ride, myself.

Maybe I should make some resolutions… 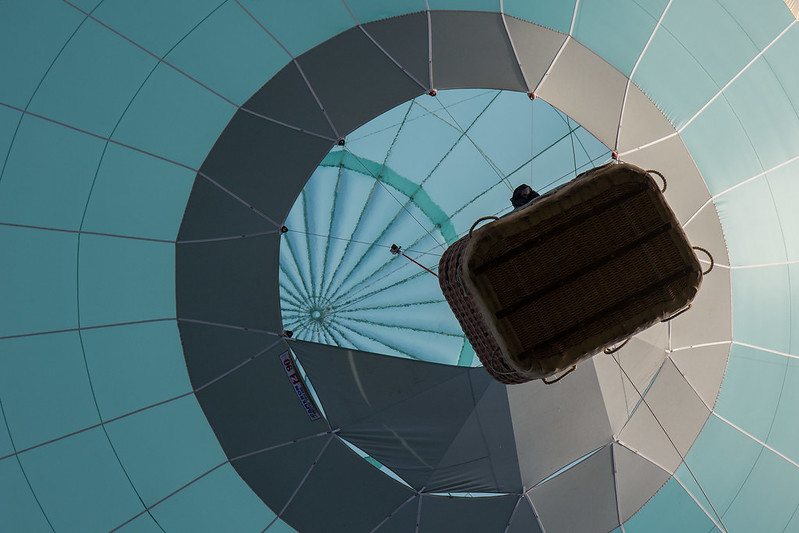